Event Description:
Here are the 2016 finalists and the winner will be announced at the award ceremony!

The City is fortunate to have so many businesses and corporations that call Renton home. These companies provide valuable jobs to Renton and Puget Sound residents with the opportunity to leverage their national and world-wide name recognition to attract and retain more commerce. Their involvement creates a strong community because they take the initiative to bring businesses and consumers together to promote a better quality of life.

Like these companies, our City strives to achieve the highest level of success.  In 2016, Renton has reached an important milestone:  100,000 residents (100,300 to be exact!).  This achievement is a testament to the community because so many have helped build in more than 100 years of the City?s existence, such as the involvement of the important industries and commerce that drive our economy.

As a way of saying thank you to our Businesses we are awarding top businesses who have dedicated their time and energy to ensuring our community is a success! The poll is now closed and your votes have chosen five businesses to receive an award for customer service, community leadership, outstanding non-profit, business excellence (1-10 employees), business excellence (10+ employees). This year is unlike previous Business Excellence Awards- we're happy to add two new flavors. The first flavor- We're honored to include The Renton Reporter's Best of Renton winners and recognize them from the stage! These businesses deserve a day to be recognized with good music, food, and laughs!

The 2016 Recipients are:  Boeing and Brotherton Cadillac Buick GMC.

What makes the Century Award doubly important in its inaugural year are these two companies celebrating their respective 100-year anniversaries.  The Mayor, the City, and the community honor Boeing and Brotherton?s overall value, commitment and partnership to Renton as locally-based companies and employers. 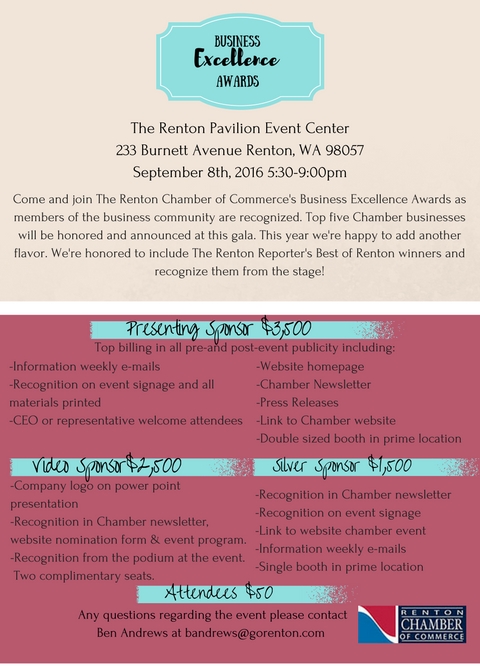 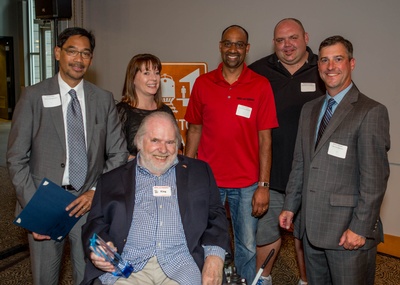 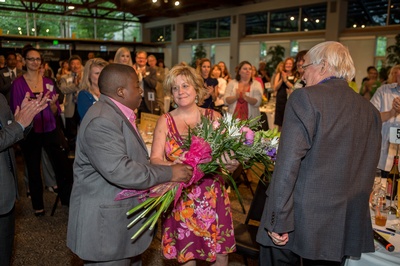 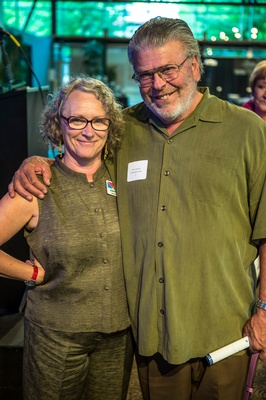 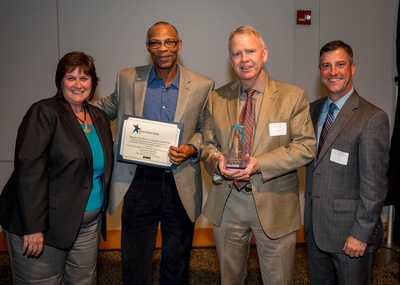 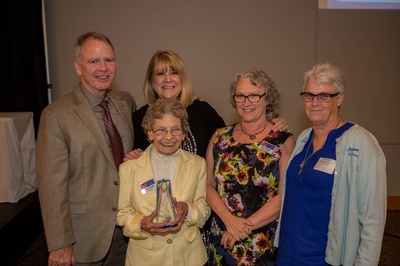